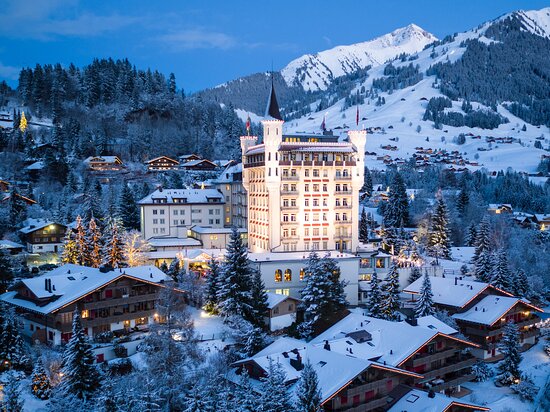 Gstaad is a municipality in the canton of Bern in Switzerland. The town is located in the German-speaking section of the country and lies 10km southeast of Lake Thun and 30km northeast of Bern. Gstaad has a population of just over 3,000 people and is a popular tourist destination due to its picturesque mountain setting and numerous ski resorts.

The first recorded mention of Gstaad dates back to 1034, when the area was known as Wastat. The name likely comes from the Old High German word for forest, which was waldstat. The village was part of a large parish that also included the villages of Saanen, Schönried, and Zweisimmen. The first church in Gstaad was built in 1150, and the village began to grow steadily throughout the Middle Ages. By 1250, it was home to around 300 residents. In 1517, the peasantry of Gstaad rebelled against the local lord, and the village was destroyed as a result. It was rebuilt, but the following year it was again attacked and burned to the ground.

The villagers decided to build a fortification to protect themselves from future attacks, and in 1520 construction began on what would become known as the Old Castle. The castle was completed in 1530 and remains one of the most prominent landmarks in Gstaad today.

The village continued to grow throughout the 16th and 17th centuries, and by 1800 it was home to around 1,000 residents. The growth of tourism in the 19th century helped to boost the economy, and Gstaad became increasingly popular as a destination for winter sports. Following the construction of a railway in 1892, Gstaad became even more accessible and tourism continued to flourish. The municipality was created in 1913 and two years later the first ski lift was built.

The 20th century saw further growth in the tourism industry, and Gstaad became known as an elite winter resort destination. Numerous luxury hotels and chalets were built, and the town began to attract a wealthy international clientele. Despite its reputation as an upmarket resort, Gstaad remains a friendly and welcoming place, and visitors from all walks of life are sure to enjoy their stay.

Gstaad is located in the German-speaking section of Switzerland, 10km southeast of Lake Thun and 30km northeast of Bern. The municipality covers an area of 103.6 square kilometers and has a population of 3,077 (as of December 2015). Gstaad lies at the foot of the Saanenland Alps, in a valley that runs north to south. The highest point in the municipality is the summit of Wildhorn (3,247 meters), and the lowest point is Gstaad village (1,050 meters).

Gstaad has a continental climate, with cold, dry winters and warm, humid summers. The average annual temperature is 5.5 degrees Celsius. The village is often blanketed in snow from November to April, and the ski season typically runs from December to March.

Gstaad is a popular tourist destination due to its picturesque mountain setting and numerous ski resorts. The town is also home to several luxury hotels, spas, and golf courses. In addition to skiing and snowboarding, other popular winter activities in Gstaad include ice skating, sledding, and tobogganing. The village also has a number of museums and art galleries.

During the summer months, visitors can enjoy hiking, mountain biking, golf, tennis, and horseback riding. There are also a number of festivals and events that take place in Gstaad, including the Gstaad Promenade Festival, the Gstaad Menuhin Festival, and the Gstaad Palace Grand Prix.

Gstaad is a village located in the German-speaking section of Switzerland. The municipality covers an area of 103.6 square kilometers and has a population of 3,077 (as of December 2015). Gstaad lies at the foot of the Saanenland Alps, in a valley that runs north to south.